It's no secret that my trilogy of books is based on Scotland's Secret Bunker at Troywood in Fife.

Many of the scenes, particularly before the bunker undergoes its transformation in book 1, are modelled very closely on the real location.

There are a few minor layout differences, for instance, the main bunker doors are set out a little differently in the book and the real bunker does not have a lift, but most details remain the same.

This article shows you some of the key locations in the books and I've added a few notes to explain any changes that I made.

This is the first thing that you see as you drive along the the narrow road that leads to Scotland's Secret Bunker.

Don't be fooled by the low-key entrance, all the action takes place below the ground!

The cottage itself is surrounded by some impressive military vehicles, but for all intents and purposes, at first sight, it is just a regular cottage.

Of course, that's how it remained out of the public gaze for so long 🙂 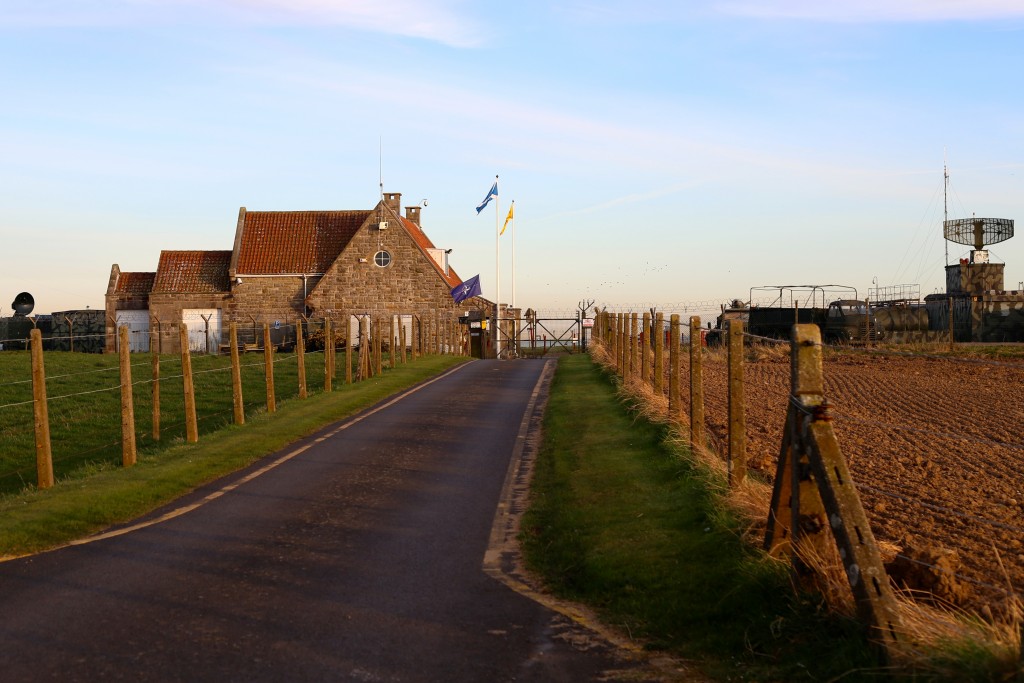 The Tunnel Leading To The Bunker

I used a bit of dramatic licence in the books at this stage, because I wanted to create a vision of Dan's mum rushing along this tunnel to get to the bunker doors.

In actual fact, the bunker doors don't face upwards along the tunnel in real life, but that of course is the joy of writing fiction.

If you need to move a bit of furniture, even if it is heavy, iron doors, you can 🙂

This is the tunnel where Dan is trapped right at the beginning of the books.

Without lighting this would be cold, completely dark and pretty terrifying! 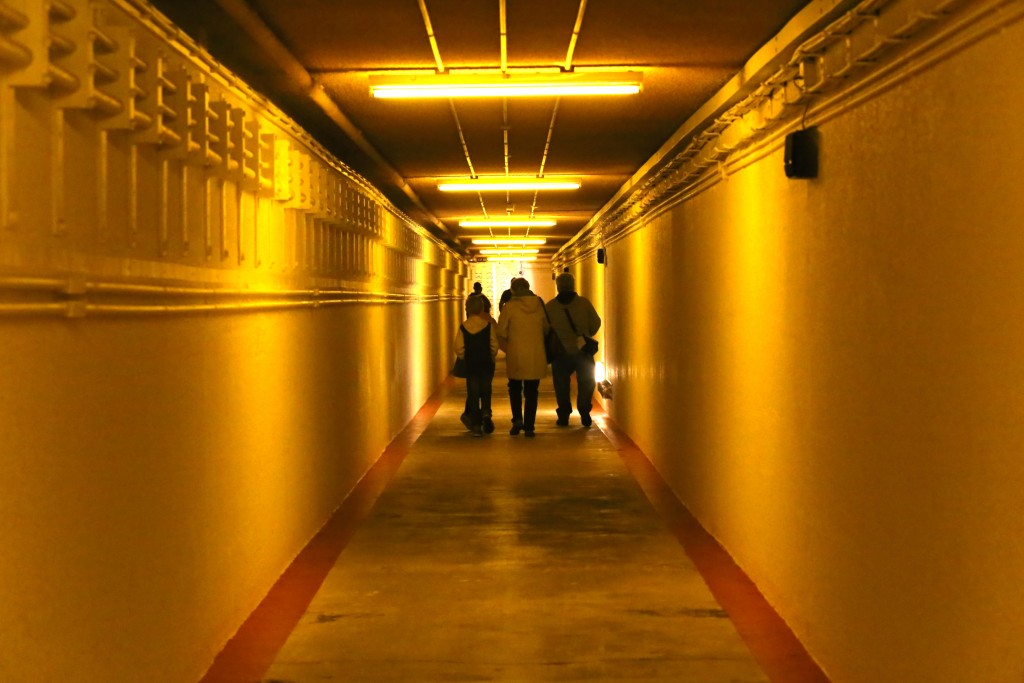 In the books, these doors are much thicker and hi-tech than in real life.

In fact, when I returned to the bunker after writing the books, I was surprised at how little there seemed to be to the doors, in spite of their weight.

I imagined the doors in the stories as electronically operated, with a complicated internal bolting system and probably 1-2 feet thick.

Also, the doors in the real bunker are bolted open, they don't actually close unless you can lay your hands on a spanner.

But when did a small detail like that ever bother a writer a writer of fiction?! 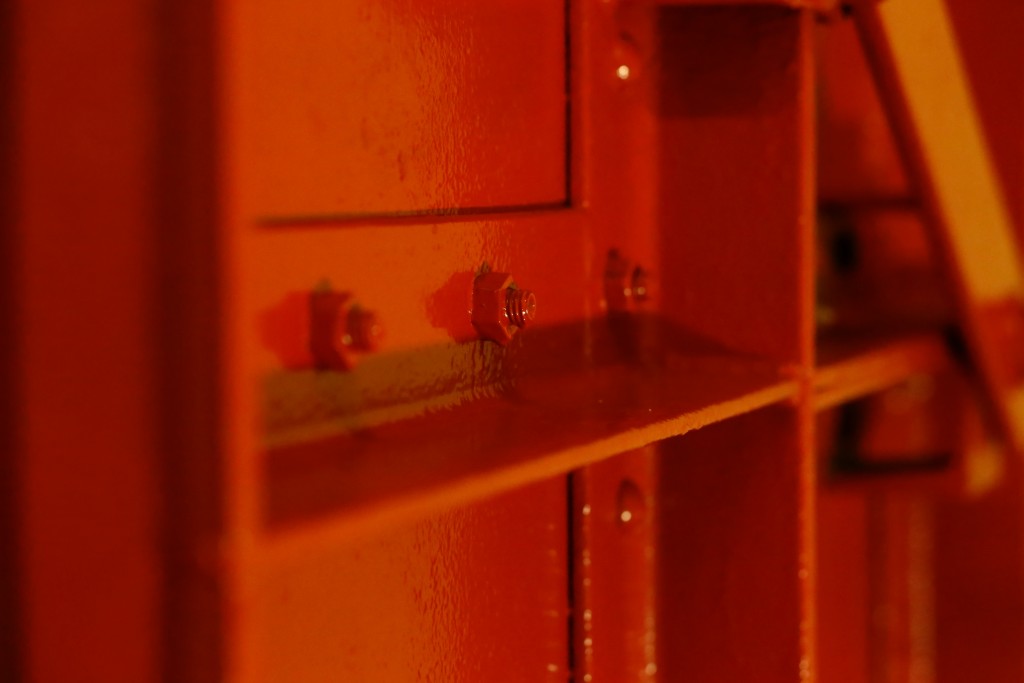 This barely features in the books, other in that Dan pops in for a look – because it is a Green Zone area – and observes that it has been transformed into a gym.

He then mentions that he won't have any use for as place of exercise, and swiftly moves on 🙂 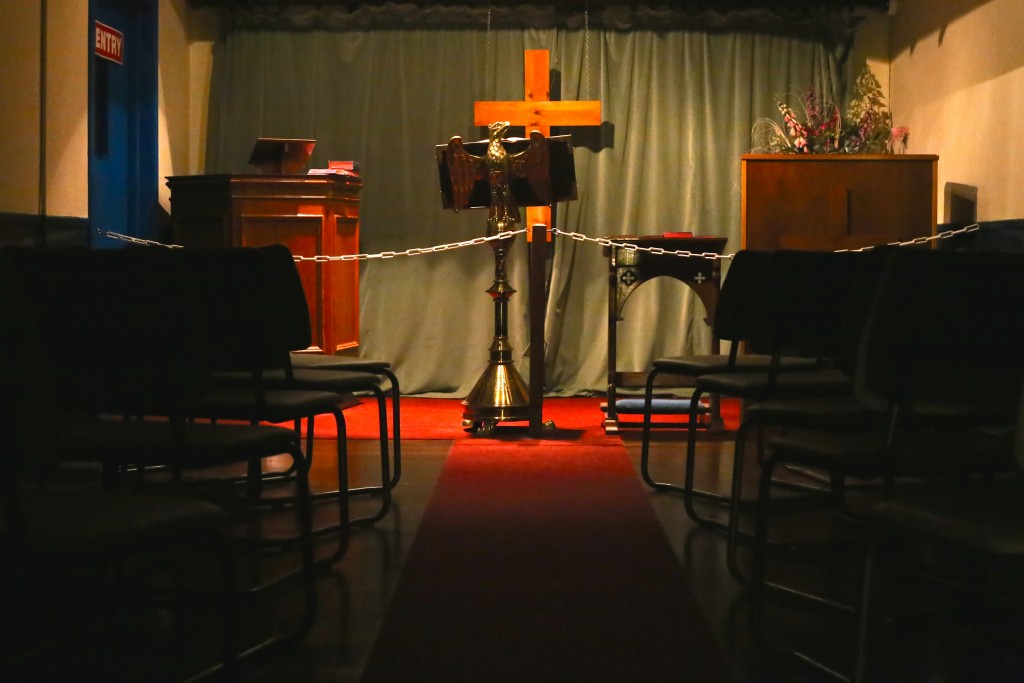 This is where the Tracy family find their free wi-fi!

If you ever visit the real Secret Bunker – and I highly recommend it – they really do have free wi-fi here.

Even better than that, they actually have a little area where you can log on to some PCs.

How considerate is that?

The cafe is based in the original cafeteria area in the bunker, so it has the same feels about it.

There are no windows of course, so all light is artificial.

This is were Dan has his important conversation with Kate at the beginning of the book – and manages to grab that ‘space-age burger'! 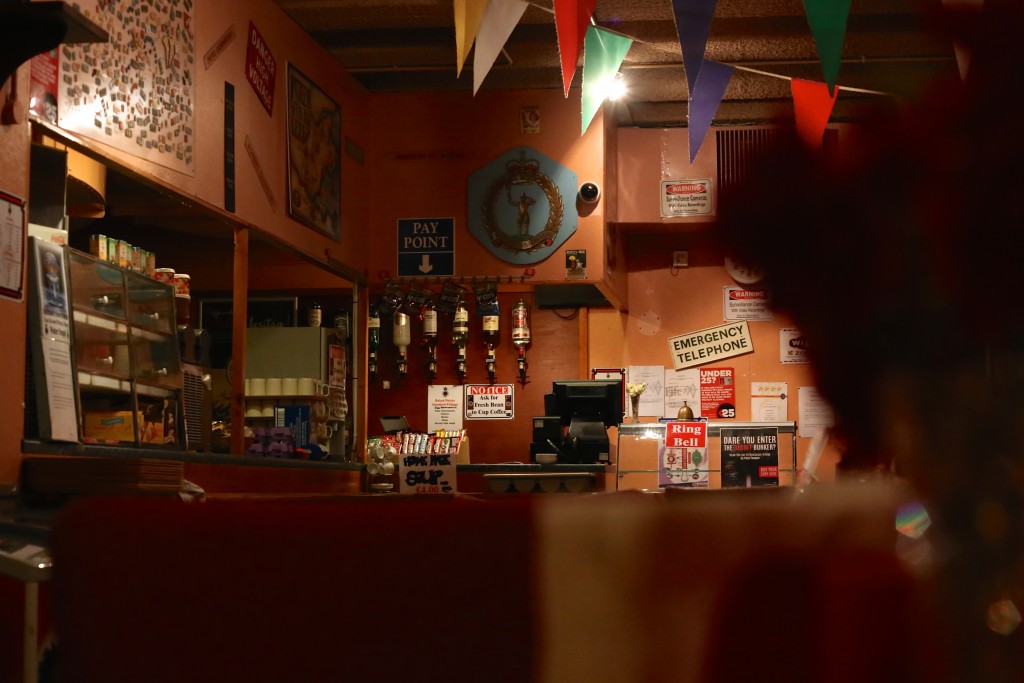 This is a key area for Amy, she ducks in here at the beginning of the story and also – much later on – hides behind one of these lockers.

There are genuinely rows of beds in the dorms, the staff would have been working 24/7, so they'd operate a ‘hot bed' rota system where it was ‘one in bed, one out of bed'.

The officers had much nicer accommodation by the way, though I don't reference that in the books. 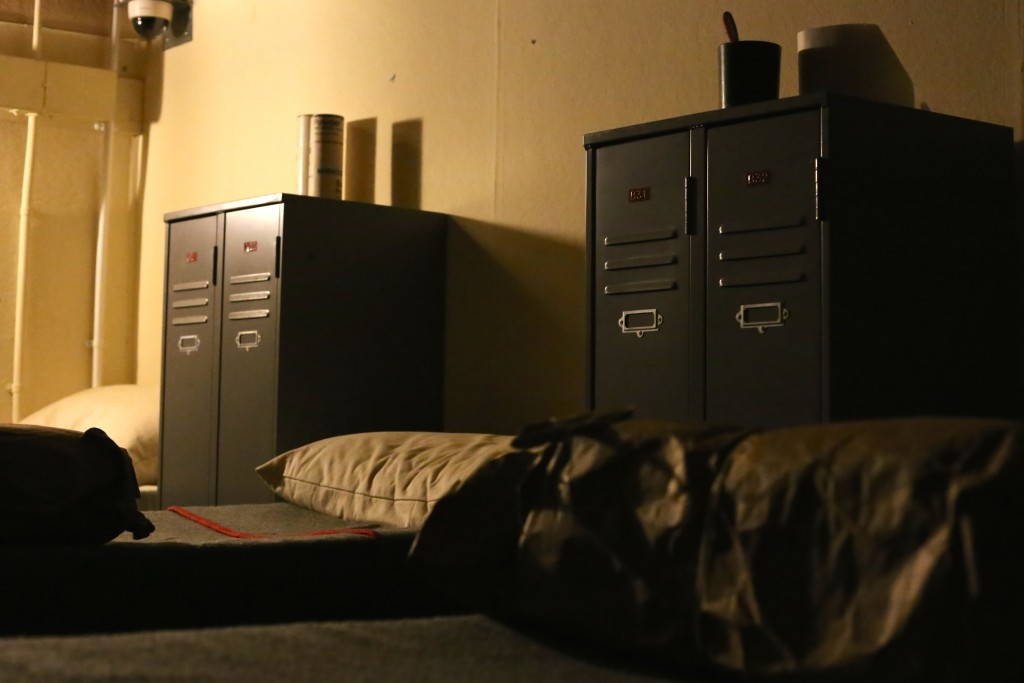 There are actually a couple of operations rooms in the real Secret Bunker, but this is where I set the action in the books, the largest of the rooms with that sinister map which they used to plot bomb drops and fallout.

This area barely makes it through the first 40 pages of the book before it completely transforms into something out of this world – with the kind of tech that you'd expect to see in a modern Star Trek film – but this is where all of the Control Room scenes take place. 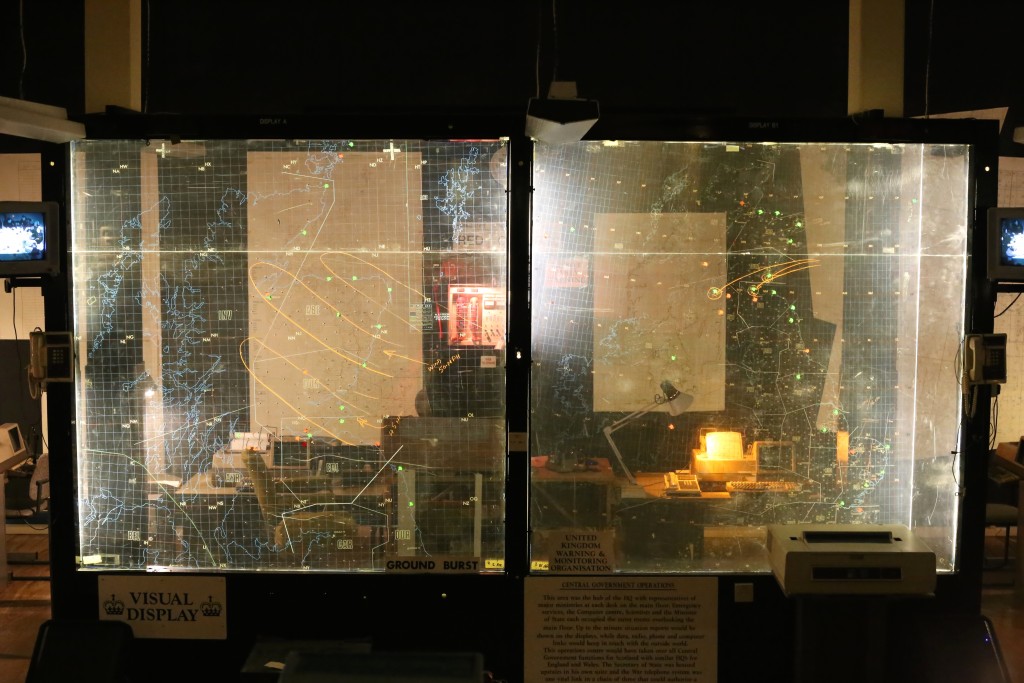 This is a smaller area just to the side of the main operations area in the real Secret Bunker, it gives a feel of the kind of equipment that was used in the bunker during the Cold War.

I suspect it may have been well before Windows XP 🙂 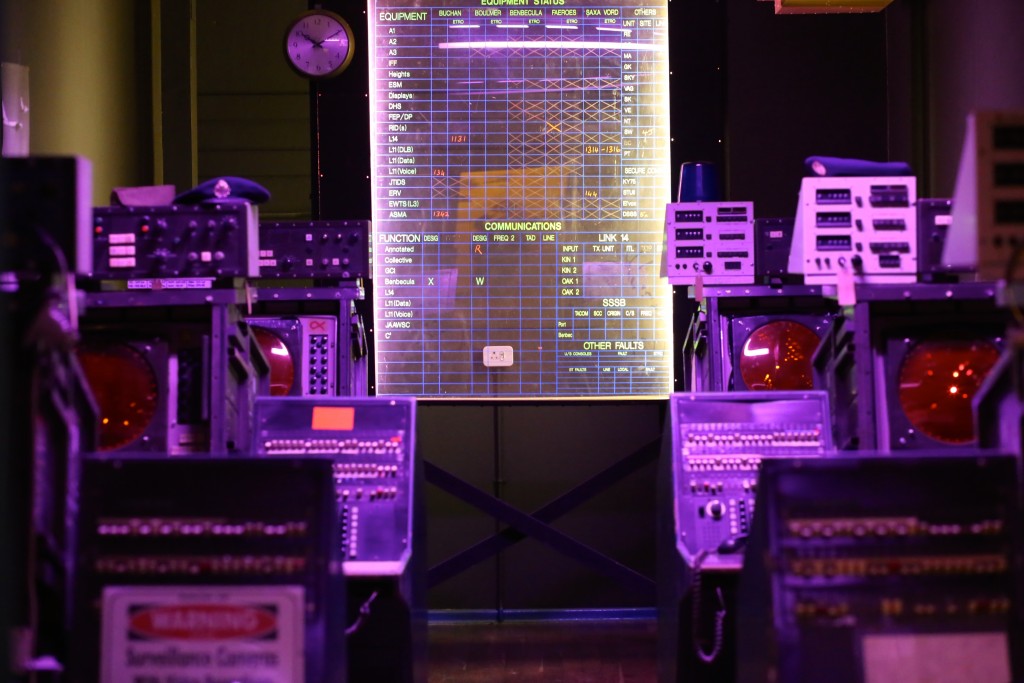 So that's it, a quick tour of the main locations in The Secret Bunker Trilogy.

If you'd like to take a more detailed tour, check out the STV video here or view additional pictures in this gallery of images.